When Priyanka Chopra said she and Dia Mirza were 'babes' during Miss India, would call Lara Dutta 'mom'

Priyanka Chopra, admitting that there was a feeling of competition between her, Lara Dutta, and Dia Mirza, once said that she really looked up to Lara, and called her 'mom' 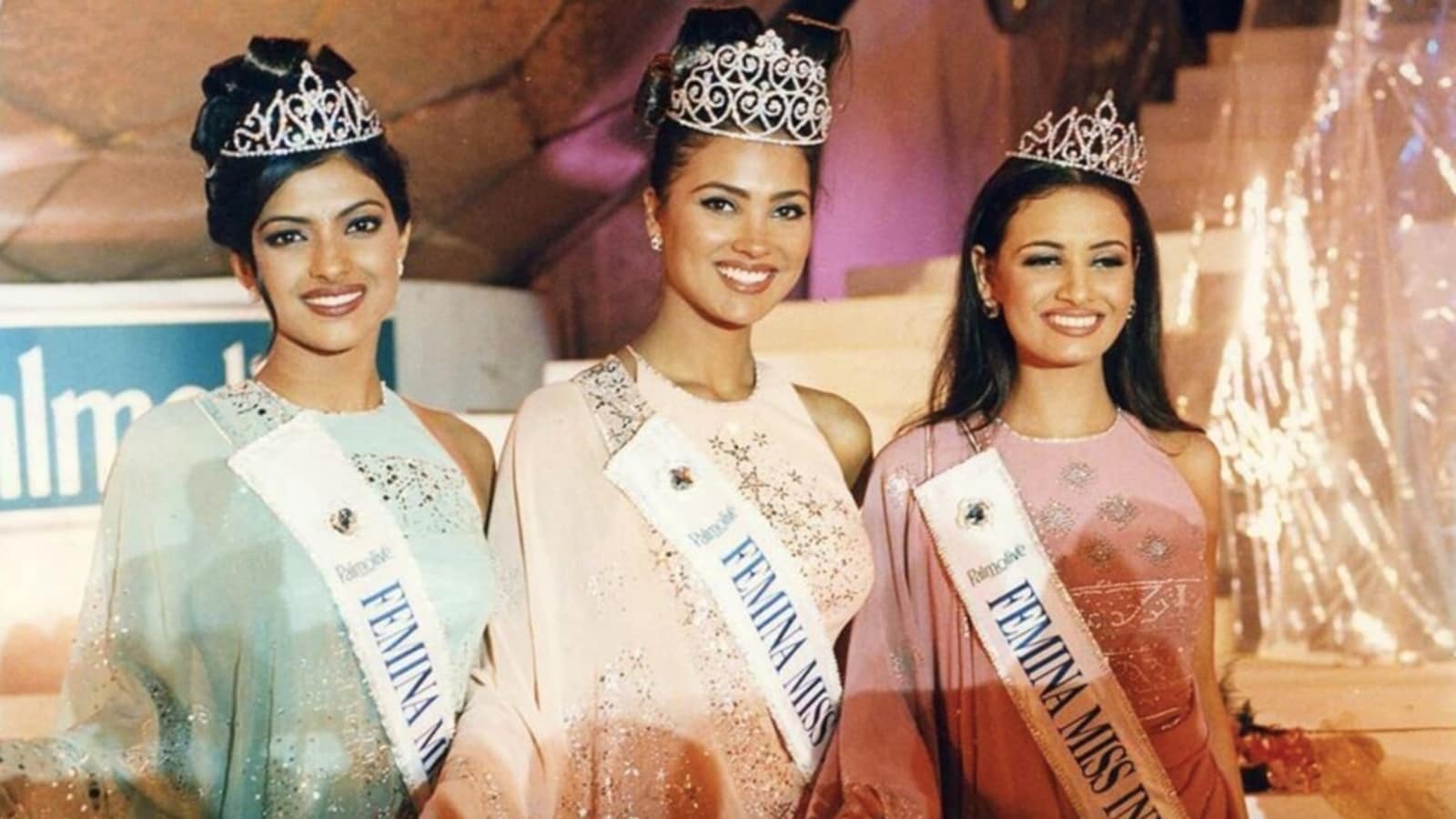 Priyanka Chopra, admitting that there was a feeling of competition between her, Lara Dutta, and Dia Mirza, once said that she really looked up to Lara, and called her 'mom'

Priyanka Chopra was a beauty queen before she entered Bollywood, and subsequently left her mark on Hollywood. On her birthday, here's a throwback to when she spoke about a feeling of competitiveness with her co-participants at pageants -- Lara Dutta and Dia Mirza.

In an interview when she was 23 years old, Priyanka Chopra recalled their equation when they were competing at pageants, but admitted that Lara Dutta really helped her out at the time.

"Well, yeah, when we were in the pageant, of course there was," she said in appearance on Rendezvous with Simi Garewal. "I looked up to Lara quite a bit, because she'd had so much experience. Dia was 18, and I was 17, and we were like these little babes. We used to call Lara 'mom'. I wouldn't know what to wear, or how my makeup was. And I remember one time she took me to the bathroom, and she showed me the right makeup to use for my skin... Totally look up to her for that."

The freshest pics in freshest looks from Vicky Kaushal's...

Spider-Man No Way Home: Tom Holland, Zendaya and others...

Ranveer Singh's most colourful avatars of 2022

30 Startups To Watch: The Startups That Caught Our Eye...

It has been a blockbuster funding season for startups across sectors since June...

A 30-minute scenic seaplane ride from the Maldivian capital of Male brings us to...

Preparing for your big trivia night? Get yourself acquainted with popular trivia...

A new study suggests that omega-3 fatty acids or fish oil supplements may be associated...

Craving something Asian? Here are 6 dishes you can make...

Craving something Asian but don't want to go for takeout or spend long hours in...

We often tend to ignore our nails and do not take care of them as we do with our...

These eateries offer the best monsoon experience in Delhi

Monsoons call for finger-licking snacks like pakodas, momos, rolls, etc along with...

In Pics: Malaika Arora and Neha Sharma show how to style...

Malaika Arora and Neha Sharma were seen enjoying their day out in Mumbai. The two...