Popular messaging platform WhatsApp now allows themed backgrounds to its users while sending money to someone from the contact. The… 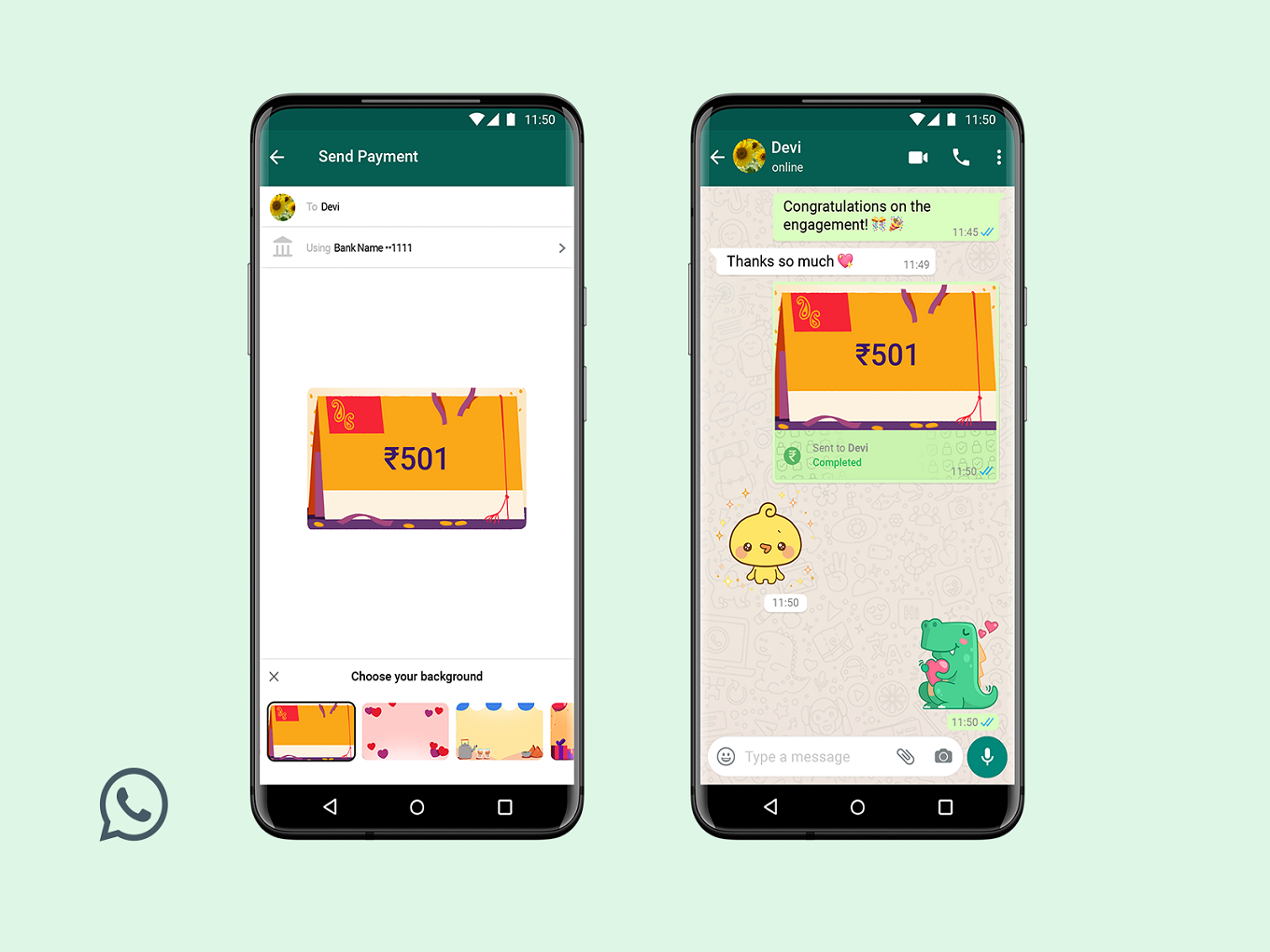 Popular messaging platform WhatsApp now allows themed backgrounds to its users while sending money to someone from the contact. The Facebook-owned WhatsApp is calling the new feature as ‘Payments Background’ that is built specifically for India.  The new feature is brought in place to complement sending payments on birthdays, holidays, or for gifts and travel. As per WhatsApp, the idea of this feature is to create a more personalised experience for the sender as well as the receiver during the monetary transaction. WhatsApp said the themed backgrounds make sending money personal and bring alive the story behind every payment.

Speaking about the launch of this feature, Manesh Mahatme, director, WhatsApp Payments said, “WhatsApp is a safe space where people share their thoughts and feelings with their friends and family. With Payments Backgrounds, our effort is to bring excitement to everyday payments through WhatsApp and enable our users to express themselves if they wish, through a range of emotive themes denoting celebrations, affection, warmth or fun.” Mahatme joined WhatsApp Payment in April this year after heading Amazon Pay for almost 7 years.

WhatsApp said its payments feature is designed in partnership with the National Payments Corporation of India (NPCI), on the Unified Payment Interface (UPI) that enables transactions with over 227 banks.

Last year in November, WhatsApp received its nod from NPCI to ‘Go Live’ on UPI in the muti-bank model. The payments authority back then said in a statement that the Facebook-owned messaging app can expand its UPI user base in a graded manner starting with a maximum registered user base of 20 Mn in UPI. Until then, WhatsApp was restricted to beta mode.

WhatsApp competes against the likes of payment giants such as PhonePe, Google Pay, Mobikwik, and Paytm, among others. The messaging company is yet to make a dent in the UPI transactions which recorded 3.24 Bn transactions in the month of July with a total volume of around INR 6.06 Lakh Cr. Among its competitors, PhonePe continues to lead the market with 47.61% share of the market and 46.9% by volume of transactions. PhonePe processed transactions worth INR 2.88 Lakh Cr in July. Google’s Gpay owns 38% share in the market and 35.2% in volume to the tune of INR 2.3 Lakh Cr followed by Paytm Payments Bank’s 7.8% market share.

Digital payment transactions in the country have witnessed a significant rise over the past four years, ever since the launch of unified payments interface (UPI). Pandemic has further spurred digital payment as it prevents physical contact. As per a report by ACI worldwide, India retained the top spot in terms of digital transactions worldwide with 25.5 Bn real-time payments transactions, followed by China.

MobileCoin closes on $66 million in equity in Series B round

Under Fire From Traders And Regulatory Flux, Amazon India... 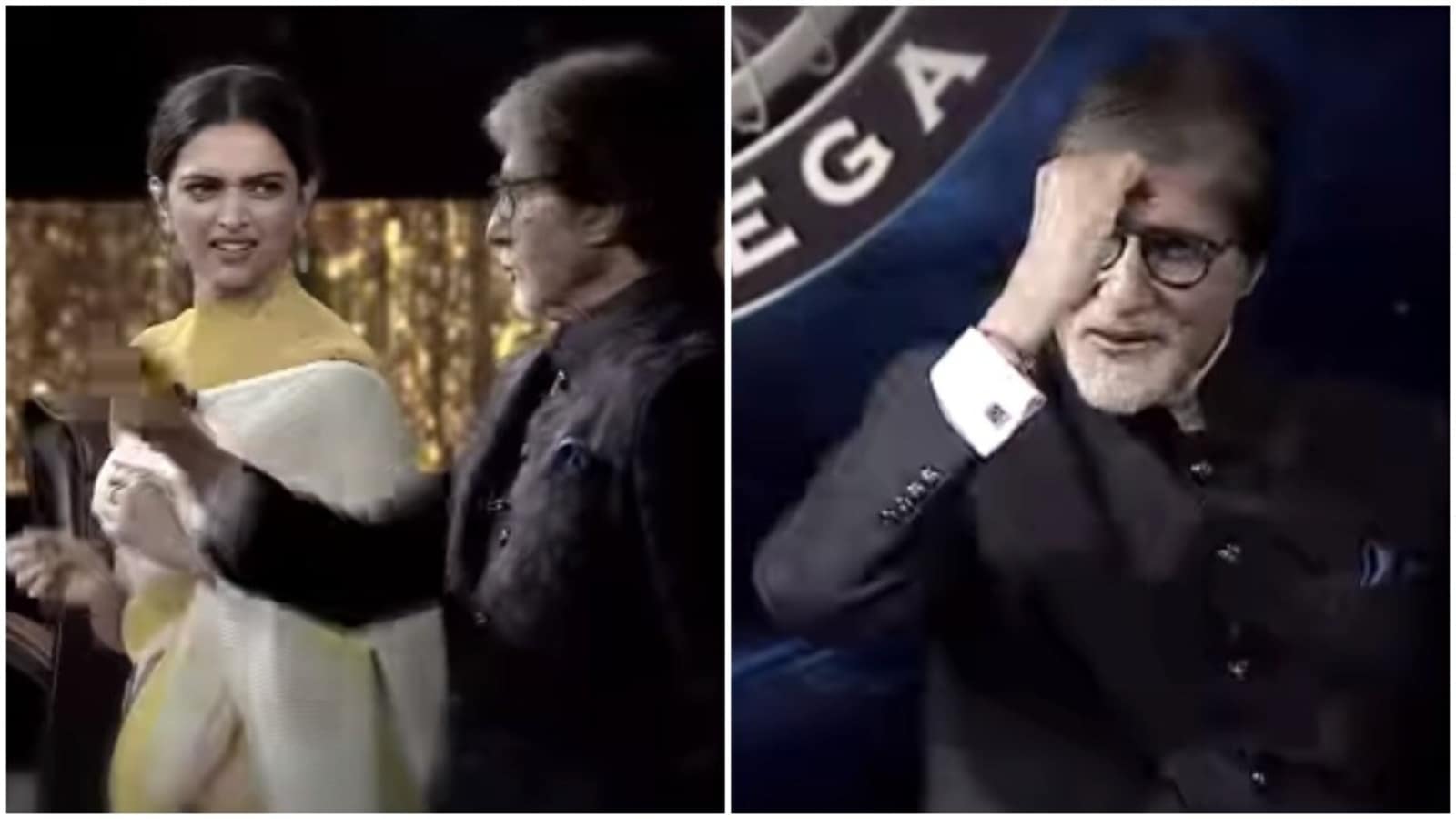 Amitabh Bachchan will audition along with Deepika Padukone for Farah Khan on an...

Professor of microbiology and immunology, as well as professor of paediatrics at...

Dear Libra, today's prediction says that professionals may have a long day, with...

Pistachios Have Tons of Health Benefits, According to Nutritionists

When it comes to nuts, pistachios are often overlooked—even though they are tiny...

Badshah, who worked as a civil engineer before making a name for himself in the...

I have been a family medicine practitioner for 19 years and have seen a lot of pediatric...

De-tan skin at home with these simple remedies

There are several products in the market that can be used to get rid of a lot of...

6 fixes for cracked heels, get smooth feet at home with...

Cracked heels can be easily treated at home if it is not severe. It is a very common...

The 5 newest and coolest Restaurants In Mumbai

Fire up your appetite and visit these 5 new restaurants in Mumbai. You May Also...

Pooja Batra is inspiring netizens by nailing the Forearm Wheel Pose in her latest...