Watch Tiger Shroff against a variety of green screen environments in the first teaser for his new song, Vande Mataram. 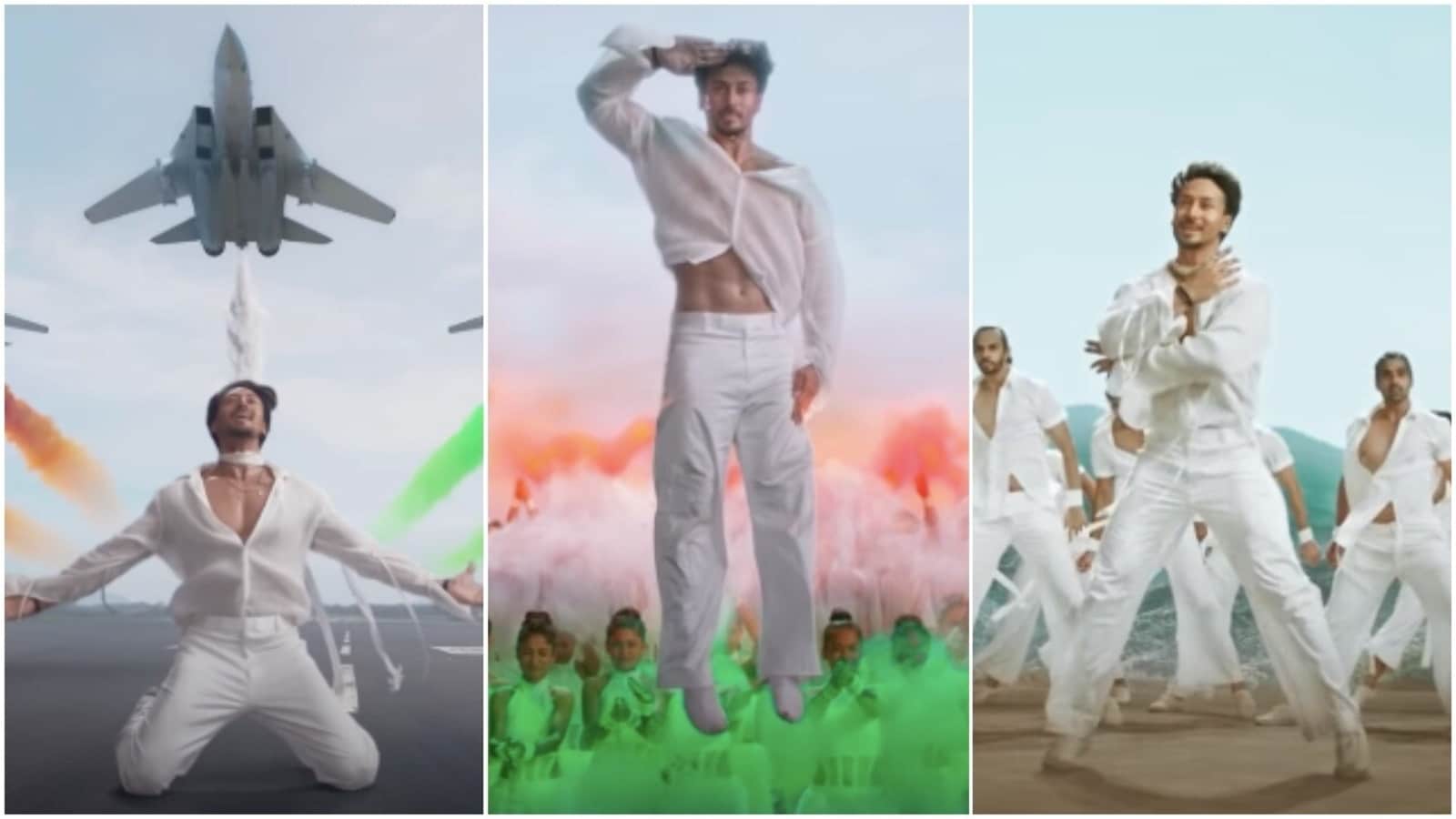 Watch Tiger Shroff against a variety of green screen environments in the first teaser for his new song, Vande Mataram.

Actor Tiger Shroff has shared a teaser for an upcoming Independence Day-themed music video that he has starred in, as well as performed. Tiger made his debut as singer only recently, with two English-language songs, Unbelievable and Casanova.

Sharing the teaser on Instagram, Tiger Shroff wrote, "Grateful to @jackkybhagnani for pushing me to sing #VandeMataram as my first Hindi song. A lot of prep went into it with my vocal coach @suzanne_dmello and of course @vishalmishraofficial ‘s guidance. So Happy to reunite with the amazing @remodsouza sir for this one. Here's a sneak peek for you that conspires thousands of emotions. Excited!! Full song releasing on 10th August."

The 40-second video features Tiger in a variety of greenscreen environments, such as a naval warship, the top of a mountain, next to the Bandra-Worli sea link, and on a runway.

Tiger's rumoured girlfriend, actor Disha Patani, left a bunch of celebratory emojis in the comments section, as did music composer Himesh Reshammiya and several others.

Tiger's fans were ecstatic. "Looks, expressions, music, vocals, dance and moves. everything is top notch in the teaser itself," one person wrote in the YouTube comments section. "This is actually amazing," another person wrote.

Saif Ali Khan 'was quite a clown' on Dil Chahta Hai sets,...

Zareen Khan: I didn’t pay any attention to work when my...

India’s Crypto Economy | The Making Of A Metaverse Economy

Who should go for post-COVID-19 fitness evaluation

The Netflix show that turbocharged Formula One

Renewed for a fourth season, ‘Drive to Survive”’has brought a new audience to the...

We need to increase the number of women investing partners who can write large seed...

Pooja Batra does Sirsasana and its variations in calming...

Pooja Batra gives us the perfect workout motivation with a new video in which she...

The NMI will determine the value of the minerals that will form the basis for calculation...

Elon Musk Awaits For Approvals To Roll Out Cheaper Internet...

Indian can achieve green hydrogen cost of $1 per kg in...

Efforts are on globally to make green hydrogen the most affordable fuel option by...

Conquer the stress of eating unhealthy

Divya Agarwal celebrated her victory on the reality show, Bigg Boss OTT, with her...